Crazy Shapes: One of the More Challenging Running Games at Present that Doesn’t Sacrifice Storytelling 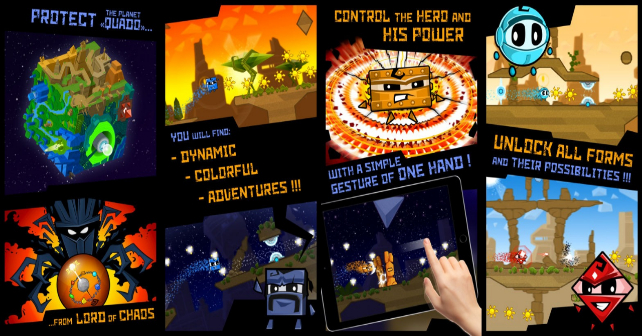 Runner games are quick to become stale if they don’t bring features and twists to their concepts. This is why if we’re going to look at what would draw players to try out Crazy Shapes, it’s because its developers know the said necessity to introduce something entirely new to an already familiar genre in mobile games.

Crazy Shapes starts off by including an interesting background story to its main gameplay. This, in itself, is an aspect that is rare in most arcade games that prioritize gameplay and re-playability over everything else. Paying attention to the game’s story is important as it provides insight into why you’re trying to activate portals (found at the end of the level) scattered throughout various worlds in the first place. However, expounding on the actual story further would only end up spoiling you so it’s better to play the game yourself and watch as it unfolds its complex narrative to you. This may also serve as one of your primary driving forces in completing the game’s levels.

When it comes to the actual gameplay, though, it’s where the game ultimately shines the brightest. It has the right amount of challenge to keep hardcore arcade gamers interested, while serving as a sort of hybrid runner/platform game. One highly original aspect of the game is the ability (and the need) to juggle between numerous characters at once as you’re trying to overcome obstacles along the way.

Each character (or Shape Keeper, as they are called in the game) has his own unique ability that should only be used during special instances or when handling specific hurdles. The Shape Keepers are easy to differentiate, thanks not only to their varying shapes but also their stark dissimilarities in color.

You have to be quick to change to the right Shape Keeper at the right time and obstacle in order to be able to advance. This shifting is made easy by the built-in Shape Keeper toggle found on the lower left portion of the screen. Obstacles vary as well, from generic moving spikes (which the floating Green Shape Keeper can avoid) to solid walls (can be broken by the Orange one).

These are but two of the many obstacles you would encounter. You also have to keep an eye on color-coded pedestals as you have to shift to the right color of Shape Keeper as you pass through them. The other controls on the lower right area of the screen are for jumping and activating power-ups.

Much like any other arcade game, Crazy Shapes also gives coins (you collect solar rewards as you run) and power-ups to collect to players. What really makes Crazy Shapes unique besides its main concept are its refreshing gameplay, story, and progressing difficulty. It is an innovative and addicting arcade game that is complete and well-balanced, to say the least. Nothing more, nothing less – which means its developers really know what players want out of a running game.

No Responses to “Crazy Shapes: One of the More Challenging Running Games at Present that Doesn’t Sacrifice Storytelling”