Badoo: Contains All the Features You’ve Been Looking for in A Dating App 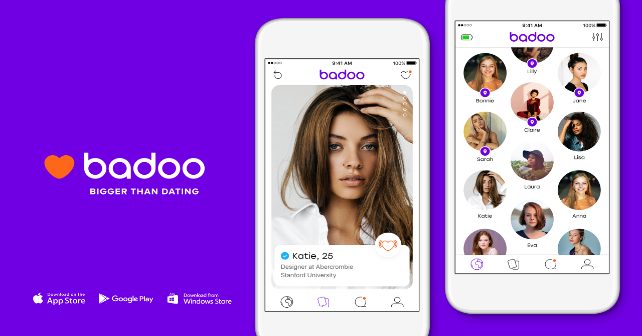 Most dating apps have gotten an unhealthy reputation of not addressing the singular issue of swiping that has become prevalent in their platforms. While swiping will always be an integral part of mobile dating apps, many users tend to just limit themselves to that activity alone, which defeats the purpose of most. Badoo is a social network that also specializes on helping people meet and date. It seeks to set itself apart by providing features that would be able to.

Yes, the app still incorporates the functionality of swiping to the left or right to find people that you want to get to know more or chat with The swiping feature makes it easy for new users to adapt to Badoo, especially if they’ve given other dating apps a try before. A good preview (in photos) of each prospect would be displayed to you, complemented by their name, age, current employment, and education.

You would immediately have the option of chatting with your choice once you tap on his or her profile. The app allows you to make a quick selfie request in order to verify the person’s appearance. Otherwise, you can avail of the app’s other main feature by tapping on “Discover”. With it, you can set the exact location where you want to center your search, and you can message them promptly as well (though you are both limited to sending two messages). You can set the specific gender as well as their prospective age.

Furthermore, you would also be able to easily find out the ones who take a specific liking to you. This is because the app also informs you of the people who favorited, liked, and visited your profile for the day. Favoriting and liking are obviously two different forms of expression, which highlights Badoo’s uniqueness. This is made all the more obvious by the fact that you would also be informed of people whom you have been matched with.

Additionally, as far as geo-location is concerned, the app also includes a feature that shows the Badoo users whom you’ve bumped into personally. As in other social networks, the app also displays the friends that you have in common based on your own list of friends. The number that shows below their pictures would readily indicate these. It also adds the ability to make a video call with just a single tap, so you can easily chat and meet in real-time via video.

Badoo makes itself stand out from other social network and dating apps with the features explained above as well as its apparently user-friendlier interface. It certainly knows how a dating app should function, as evidenced by its proactive approach to helping people find their perfect match.

No Responses to “Badoo: Contains All the Features You’ve Been Looking for in A Dating App”