FIFA World Cup has came to an end after a month of excitement. I loved all those thrills and frills of the game when our favorite team shoots a goal and of course we all have enjoyed that moment. How long will it take to get those excitement back? Luckily we can get those same thrills on Flick Kick an iPhone app where you need to flick the ball to shoot. This game reminds me of another iPhone app Deadball Specialist which was somewhat similar to have a same gameplay. 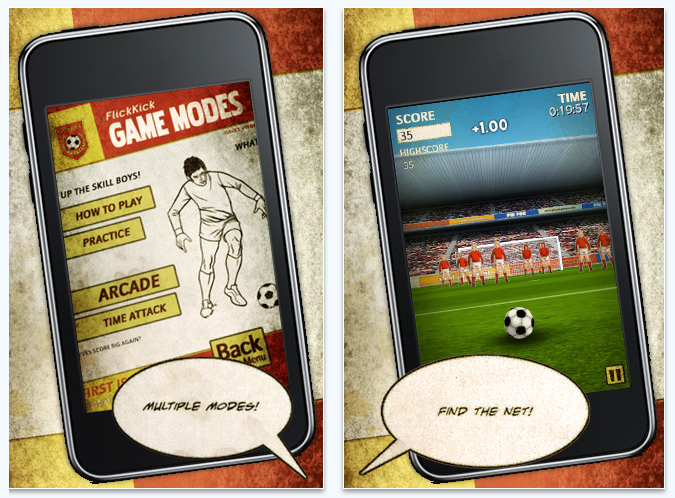 The game has two mode – Timed and Arcade. The timed mode let you to shoot unlimited goals within the time frame, rather arcade is based upon lives, initially we won’t be having much lives, so to gain lives we need to kick the ball to the sweet spots.

While playing the game I didn’t find any drawbacks, what all I found was awesome graphics and sound effects. So live the soccer excitement with Flick Kick Football app to make some great shot.