Bored Playing With Your Famous Birds Then Try The Angry Frogs 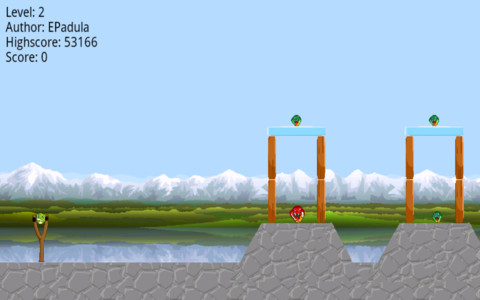 If you have any one of the iOS devices, then you might have known about the Angry Birds game. Where the green pigs are hunted down by the Angry Birds. Whereas in this app the evil snakes are destroyed by the “Angry Frogs”.

There are more in this app. It doesn’t end with just replacing the birds with frogs and the green pigs with the evil snakes. You have different kids for frogs to hunt down all the snakes. Now you would remember the various types of birds in Angry Birds. Well thats the game-play all about.

Sometimes you get more that one slingshots. You’ve got thirteen different kinds of frogs, you get frogs with various powers, based on the difficulty level the game. Out of the thirteen types of frogs, you have seven with unique powers and six frogs with combined powers.

There are more than 3000+ levels in the game and the developers are adding new levels each-day. You have high scores board for each level and top players high scores for the whole game.

There is no interesting story before the game begins. But the UI is easy to use, if you don’t know the power of particular type of frog then you have the help section, which lists out all the types of frogs used in the game, their powers and how to use them. I would recommend this to kids/ adults who want to try something new other than their birdie game.