Tap the Frog: Doodle – A Unique Selection of Dozens of Games in a Single App 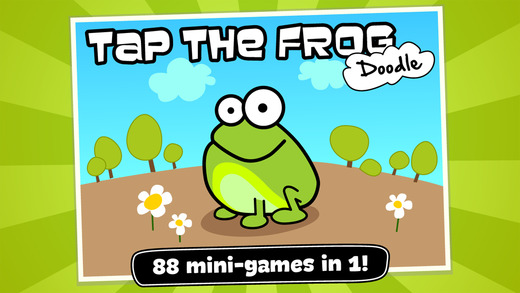 Tap the Frog: Doodle is a gaming app that takes a simple idea and turns it into a smash hit. The creators of this game, a development studio from the company Mentals, apparently asked themselves what would happen if they took a regular game, but instead of a single gameplay mechanic, they provided it with no less than 88 different ones? The result is a gaming app that features a single green frog, but also a whole lot of fun and exploration for all those who desire to play it.

The game was made for the Apple market, which means it can be found and downloaded from the iTunes service. It requires an iOS operating system version 7.0 and is compatible with the iPhone, the iPad and the iPod touch. On all of these, Tap the Frog: Doodle can be installed and run, where it will provide every type of use with an incredible amount of fun and excitement. 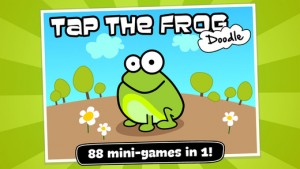 Essentially, the app is a tapping game, but a one that is divided into almost 90 different version and variations, all of which are fully developed mini—games. All of them are connected by a simple, easily learnable mechanics gameplay, based on a taping system which is ideal for all ages of players, and a very charming visual style which features the main protagonist of the game, a green frog that is apparently able to do a lot of stuff.

In the 88 possibilities, players will be able to find cannon games, small weight puzzles, color puzzles, arcade games, fast tapper challenges and so much more. These will transport the players from medieval times, to contemporary locations where the frog can become a basketball or soccer player, a thief, a gymnast and take them all the way to the outer space, where the spacesuit-wearing frog will have to solve challenges in space and defeat asteroids. All of these are presented in an amazing visual style, which is full of humor and a distinctive type of elegant beauty, where the players can fully customize their frog character. 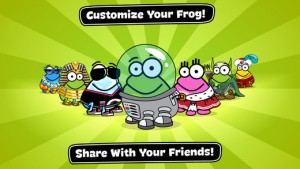 The game enforces its sheer fun with many features. First of all, it features a sense of wonder which can be seen while people who play it unlock new levels, badges and much more. Because of it, the game is a constant exploration. This is what sets the game apart from all of its competitors and provides it with a clear advantage.Tap the Frog: Doodle does not just pile a wide range of games but intertwines them in an awesome app that will provide hours and hours of fun to anyone who starts playing it. Then, the game features a system of rewards in the form of the previously mentioned badges that will be appreciated by all those who love a challenge. Of course, with the social share feature, players can brag about their achievements on Facebook or Twitter.

As a beautifully designed and fun game, Tap the Frog: Doodle is a treasure trove of mobile games for everyone out there, all packed into a single app.

No Responses to “Tap the Frog: Doodle – A Unique Selection of Dozens of Games in a Single App”