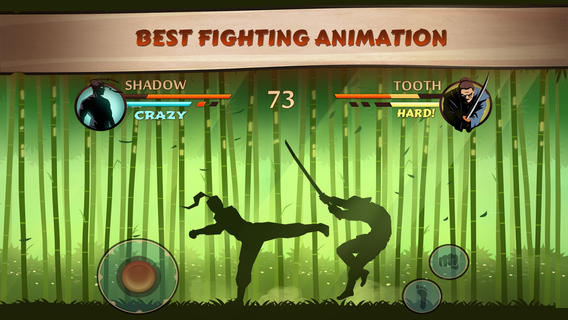 The genre of fighting games carries a very long tradition. Several decades ago, when arcade gaming machines ruled the world of video games, these action packed releases could be found everywhere. Later, with the age of home gaming consoles and personal computers, their popularity continued to grow and the genre itself continued to develop. Because of the hard work of many video game design studios, the spread of the fighting games continues to create fantastic releases which set the bar for quality and entertainment higher and higher. 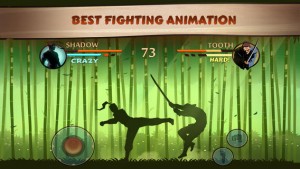 Shadow Fight 2 is a mobile device application which continues the tradition of the classical fighting game, but incorporates modern technology to bring it to a much wider audience. This gaming app was made for the Apple devices, which means that it can be installed on the iPad, the iPhone and the iPod touch. The app required the operating system iOS version 4.3 or its newer editions and it is available for a completely free download on the iTunes service.

Previous installment of Shadow Fight was a huge hit, boosting a user base of over 40 million on Facebook. Now, the sequel brings to its users a very exciting combination of role playing game (RPG) and a more classically designed fighting game. The app features the ability to equip a player’s character with a wide selection of weapons and armor like nunchacku, powers of magic and suits of hard armor, while the fights themselves present more than a dozen faithfully animated and lifelike martial arts. In the game, players will be able to destroy their enemies, crush the powerful bosses in the shape of demons and finally, if they prove themselves worthy in skill and wisdom, be the one who closes and seals the Gate of Shadows. 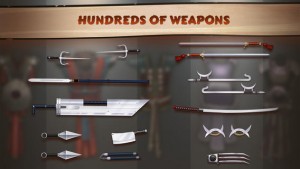 Shadow Fight 2 presents a very intuitive user interface and control layout, so the player can easily produce action moves like kicking, jumping, punching and slashing. The RPG element means that the players can upgrade their characters as the game progresses, giving them more powerful abilities which can be harnessed to produce victory, as well as providing the players a very intriguing storyline. This mix of two distinctive gameplay mechanics gives the app a big advantage when it comes to other fighting apps, simply because its competition presents a much more basic game setup. Shadow Fight 2, on the other hand, delivers a rich gaming environment which includes a multitude of gameplay features. The new animation system will make sure that these features are presented in a spectacular visual style, where every martial art technique is realistically captured.

Shadow Fight 2 is an excellent gaming app for those who love RPG games and classical fighting games, but most of all, to those who simply love to play a fun and exciting action game.

No Responses to “Shadow Fight 2 – A Thrilling Fight Game”