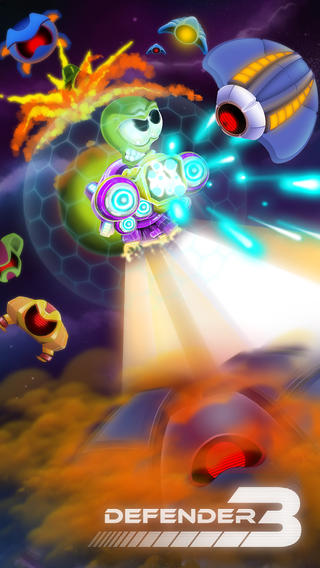 Aliens have always fascinated the imagination of human beings since time immemorial. So everything that is associated with these special creatures is often a welcome. Don’t you think so? Well, if you are one of those people often fascinated with aliens, you have a chance to engage them in a battle. Yes, you heard me right—battle!! But what if you don’t battle them? The answer is very simple, you die!!

Space Tower Defender is a thriller, adrenaline-based gaming app for iPhone users who want to engage in some fun. Yes, as soon as you launch it, you are in danger of losing your planet and the people who live therein. You must wipe all these Aliens who are surrounding your spaceship.

Gangs of foreign beings are matching towards your planet with confidence that can only send a chill into your spine. They are extremely powerful, so they strike aggressively again and again. Let them know that your planet is a no-go zone for them.

* Find your weapons and get ready for the ultimate battle
* An enemy is someone you must not give an opportunity to come closer. Touch the screen, hold and move your fingers to activate your armory.
* Unlock the Turrets
* The harder you fight, the higher you’ll be rewarded. Your mission is to kill their commander, who is also their boss to unlock the turrets. Kill all the bosses and unlock 7 of them.

Other nifty features that make this iPhone gaming app a must have:

1. Choose the swift shoot feature to shoot at your enemy rapidly. Don’t give them a chance to ruin you and your planet.
2. The mayhem feature damages your enemy instantly.
3. The energy blast boosts your energy to fight the enemy.
4. The E.M.P is meant to stun your enemies. Salvo will activate backup turrets, and Salvo time will increase Salvo duration. 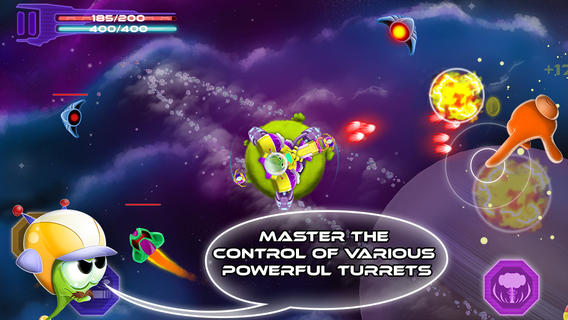 5. Use the barrier to shield yourself from the fierce battle and preserve your life. The battery will increase the capacity of the barrier.
6. When faced with critical damage, take advantage of the surgeon to heal your wounds.
7. Utilize the shock feature to stun your enemies. The intense shooter will maximize the damage you create. The scatter will activate turret fires multiple shots.

Conclusion:
Space Tower Defender is an iPhone gaming app that thrills everyone. It’s a tough game, yet easy to master. This new version of defender iphone gaming app series is better this time round. Minor bugs have been fixed completely. No disappointments or anything like that. So keep on having fun, and if you haven’t downloaded it yet, you better do it now.