Legend of Tell – A Swiss Folk Hero in a Digital Adventure 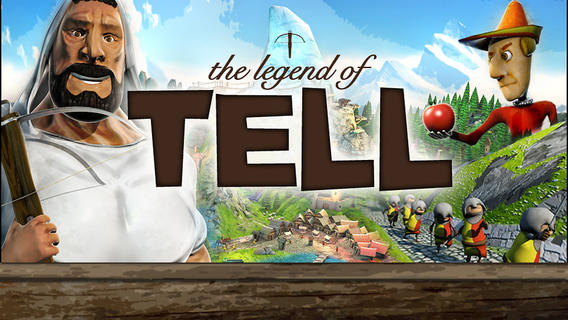 Great games are distinctive and successful because of different reasons; one of them is definitely an interesting story. Often, it seems like many game design studios are just recycling the same basic games over and over, and every time fail to tell an immersive story which will really draw the players in their world. Pixcube Animation Studio decided not to go down this path, and instead decided to make a very unique game. Its creation is an app called Legend of Tell, and it offers a completely fresh narrative in game design with 3 different types of games and 21 amazing levels. This application was developed for both the iPhone and the iPad market, and its main character is William Tell, the famous figure from the Swiss history. 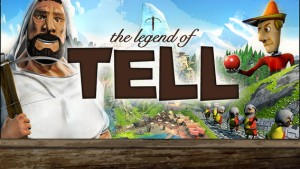 His legend started in the 15th century. At that time, the now peaceful state Switzerland was in great turmoil from many menacing foreign nations and kingdoms who all wanted a part of its territory. In those turbulent times, a folk hero emerged in the form of a brilliant marksman with a crossbow, William Tell, who fought off the oppressors, especially the Habsburg Empire from the neighboring Austria.

Legend of Tell is a game that retells his great adventures in the Swiss Alps. There, the player assumes the role of Tell, who must defeat roaming bears, vicious wolves and the enemy combatants before he gets a chance to stand up to his greatest enemy, the Habsburgs tyrant by the name of Hermann Gessler. Anyone can have fun in this action game, and find out why this man was the best shot in all the Alps, who even dared to shoot an apple off his own son’s head. He will also run through the mountains, and jump from cliffs to find safety, and do many other exciting things. 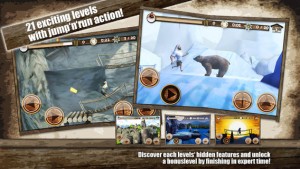 As an application which is based on a thrilling run and jump game mechanism, Legend of Tell easily grabs the attention of old and young player alike. Unlike other games set in a historical environment, this app features a superb visual design of its characters and surroundings, made in a distinct and comic way, which will make everyone remain interested in the story of William Tell.

Its visual style, which further enhances a great story, makes this game clearly stand out from its competition. The game also includes an additional feature where the players get the chance to explore extra levels, which can be unlocked through the completion of diverse tasks, mostly by collecting hidden apples. 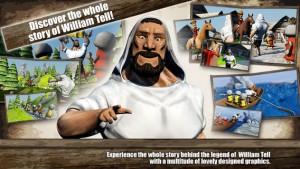 There is no doubt that Legend of Tell is a game application that can be enjoyed both by those who are interested in this Swiss historical figure, and those who just heard about him and want to learn more while having fun.