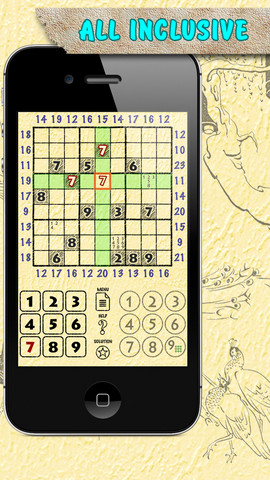 Sudoku is a number placement, addictive puzzle game. You must have seen it appearing in magazines and newspapers. I’ve been playing jcSudoku PRO on my iPhone for a few weeks and realized that it was the best electronic version of Sudoku I’ve ever played. The ease of entering numerals makes it better than other Sudoku apps. With jcSudoku PRO, you can exercise your visual processing power and strengthen your brain. Whether you are one who cringes at the thought of having to deal with numbers or a genius in math, this app will certainly keep you engrossed for hours together. 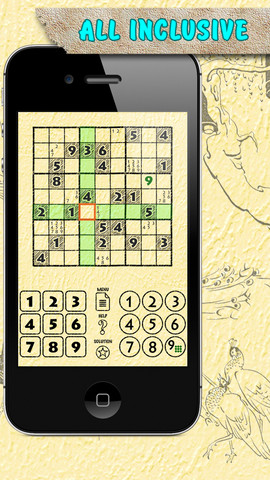 jcSudoku PRO is a 9×9 Sudoku puzzle game app. The concept of the game is to make the numbers occur only once. It comes with 10 different variations in each program. Each variation has got 3 levels of difficulty: easy, middle and hard. The app also gives you the history of Sudoku.

You can play this game of logic, by just placing your finger on the square where you want to place a number. Well, you know the rule that the number you place should not occur more than once in a row or column. If you go wrong, the app highlights it so that you can make the changes accordingly. There are options to turn the animation and sound effects on/off. The animation in the game makes it more lively. The ‘Game Description’ helps you understand every individual level clearly and lets you prceed so that you can continue to play the game without any hassle.

If you are one who loves challenges, you can also try your hands at more difficulty levels through the custom level in each puzzle. The app supports both landscape and portrait mode, which is an added advantage. JcSudoku PRO’s background music makes you feel like you are seated in a garden (you can hear birds chirping and the sounds of other insects). The app allows you to save the image of the current playing field so that you can print it or post it on the Web. I felt that an option that allowed users to compete with other players online could have added more fun to the game.

With plenty of exciting challenges and a well-designed interface that makes gaming all the more entertaining and engaging, jcSudoku PRO will definitely find its way to the top of your list of favorites in no time. The app costs $0.99 and requires iOS 5.0 or later versions.