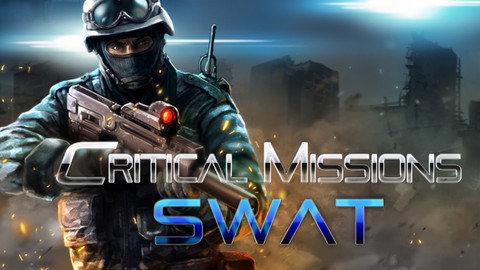 Nothing beats a dose of firepower action with Counterstrike. Unfortunately, CS days are long gone and the only real thing you can do now is to play with the bots. Isn’t that fun? I don’t really think so – more like a desperate measure. Anyway, it’s time to reignite the kind of fun and excitement experienced during the old days. With Critical Mission SWAT, you can get a feel of CS – a better one that is – using your iPhone.

Features That Will Bring You to Awe!

Critical Mission SWAT is one of the most successful attempts to first-person shooting for mobile platforms. To better expound that, here are key features that any FPS passionate junkie will definitely dig for:

Get to battle your way to success and compete with players from different parts of the globe straight from your mobile phone. To start off easy, play with friends via a local access network portal.

If you’re feeling solitary, might as well kill zombies or terrorists on your own with the single player mode.

Set controls based on your preferential factors and get to play things your way.

Entrench a Network of Battlegrounds

You don’t always have to keep fighting on the same ground. With Critical Missions SWAT, you get to choose from a unique set of maps or get a couple more online – bring something new to the floor or, rather bring yourself to a new floor anytime.

One of the best things about FPS shooting games is the weapons you get to virtually use. CS SWAT sees to it that you are fully equipped with the most apt guns to shoot ’em up and combat knives to wield through the tail end of the battlefield. Whether you’re the sniper, or the machine gun war freak, or a close combat soldier, no problem at all – the game’s got it covered for you. 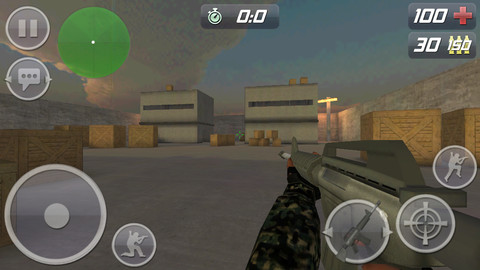 The game has seven modes of gaming, which are the following:

It’s about time move on from the past and start something new – something that’s like a revamp of what used to be a shooting delight. For a first-person shooting game in a mobile phone, Critical Mission SWAT ain’t no joke!