June 11 a very important day for all soccer fans, as FIFA World Cup 2010 is kicking off with a grand ceremony. Some might got an opportunity to watch the match and many didn’t have the opportunity besides various works. Well, now you catch all the updates of FIFA World Cup 2010 Live on your iPhone in amazing detail. Total Football 2010 an iPhone app, which was released before a week brings some advanced detailed information on world cup matches. 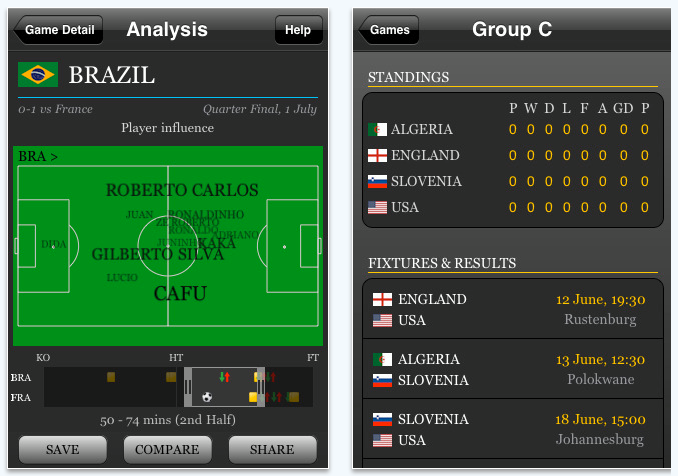 The app has almost every possible feature to stay upto date with world cup matches with advanced feature like goal scores and match data including passes, shots and other features on live. Best about Total Football 2010 was the ability to compare between matches and shows how the game changed after a goal or a penalty.

Features (as per the app developer)

So Total Football 2010 would be a perfect companion to get detailed game analysis and news on the move for soccer fans. The app was priced at $1.79 and available in all iTunes stores.