Instagram, a very well known  photo-sharing app, strikes a deal with one of the top most media shows, quite sooner than expected, after its launch only six months ago. It’s said that they would be conducting a contest  that would be displaying one of the app user’s photo which would be put up in the finale of NCIS: Los Angeles.

Contest !!?? what Contest???????,  the contest being conducted is called “Flaunt Your City” where people would be putting up pictures of themselves and their city and the best picture would be displayed in the finale. The contest has begun and will go on till the 1st of April. 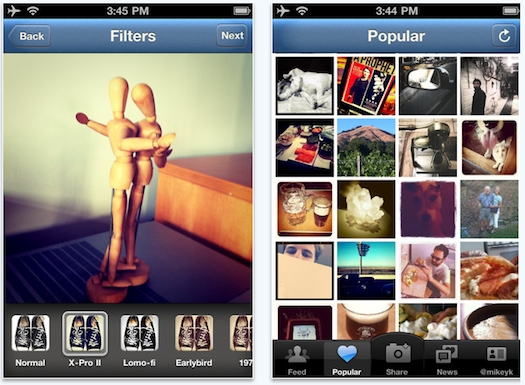 rel=“nofollow>
For the contest, Instagram users Chris O’Donnell and LL Cool J including the CBS show’s producers and cast would judge the photos put up by the viewers and the winner would be announced on NCIS: Los Angeles finale held on May 17. The team encourages the users to put in “unique or iconic locales” of themselves or of the city or town they live in.

Instagram, is already known to have partnerships with many of the famous brands known, the one of  major mention would be Lipton Brisk which is very famous for using pictures put up by users on the sides of their ice tea cans and another one to note would be NPR. But the CBS deal is a huge step for Instagram, being an app thats been newly launched  NCIS: Los Angeles is a little more to chew on for the show has 18 million viewers every week and is one of the  second most watched scripted TV show.

And while integrating an Instagram snapshot in a plot doesn’t exactly count as product placement — it’s not as if Instagram brands its pictures a contest like this will bring the service to a whole new audience. Meanwhile, the Tiffany Network gets to look a little more cool in the eyes of the hipster digerati.

Social Media, I’ve always wondered what people meat when they said that , and this kind of partnership between Instagram and CBS shows what a drastic or remarkable effect social media can have on business of today. The excitement is on and Kevin Systrom the CEO of  Instagram says  “We can’t wait to browse the gorgeous photos viewers will send in of their hometown.”

No Responses to “Instagram Partners With Top CBS Show”