George A. Romero’s App Of The Dead Review

Turning your friends into zombies is not possible in real life, but its possible with George A. Romero’s App of the Dead iPhone app. The app was made after the movie Survival of the dead, which was released a week back. Guys, its not about the movie, rather it was designed to allow the app users to turn their friends and relatives photos to scary zombies using 20 different effects. 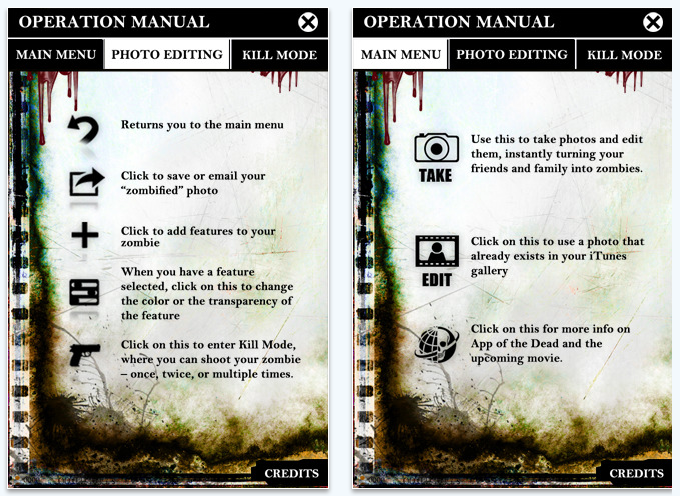 The app  entertain users to kill the zombies using kill mode using multiple shooting and you can even blast the zombies, (looks scary). App of the dead reminds me of Zombiebooth iPhone app rel=“nofollow>, but I found App of the dead quite exciting to play besides various functions offered in the app. So, finally after transforming your friends photo into a zombie, you can share the picture on social networking website or via email or you can just save it on camera roll.

Tags: App of the DeadZombie app

No Responses to “George A. Romero’s App Of The Dead Review”