HelloTalk: Learn Over 100 Languages Firsthand from Your Phone or Tablet 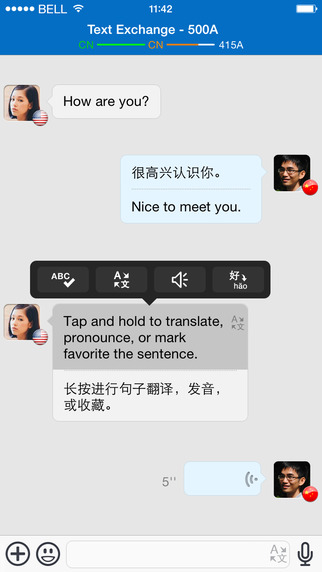 Have you always wanted to learn a new language but have always been held back by the usual alibis like “I haven’t really got time to attend an actual class” or “I heard from this friend or other that language classes can be really expensive, etc.”. Well, with HelloTalk, those same alibis no longer apply because it practically allows you to learn any of the languages that the app (or, in this case, its users) offers. What makes things better is the fact that you’ll be learning from actual native speakers from around the world.

HelloTalk’s unique feature is the language exchange mode. This feature lets users talk (voice chat) or write texts to his/her partner, first, in their native language then switches to their partner’s native one through translations. This language switching method has two modes. One involves you and your partner exchanging texts of up to 500 characters before switching languages while the other involves letting you to talk in one language for up to 5 minutes before making the switch to another language. In both of these modes, the app automatically does the switch for you, sparing you from the hassle of having to ask your partner whether it’s time to switch or not. 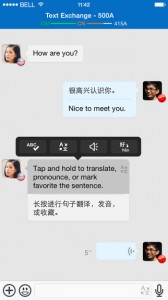 Take note that the translation aspect of the app does not come free, though, so you had better choose from the outset the language that you would like to learn, as well as your language partner. The translations for some languages can be a bit rusty, but what’s good is that its developers are constantly updating the app to improve the said aspect.

The app also has a voice recognition feature that automatically renders what you spoke into written text. So, even if your pronunciation is still a bit awkward, you need not worry about sounding embarrassing to your partner. With the transliteration option, on the other hand, you can instantly view the Romanized translation of, for instance, Chinese symbols, making it easier for you to know how to pronounce it.

The fun aspect comes in the form of doodle-sharing, emoticons, and if you want to get more interactive, camera-sharing. Other useful features abound, like being able to identify your partner’s location through his country’s flag. His local time is revealed as well, so you’ll always know whether to greet him good morning or good afternoon.

What clearly makes this app stand out from other apps that have a similar concept (i.e. Duolingo and Memrise, to name a few) is the fact that it is offering users an opportunity to learn a new language in a social network setting. This direct engagement is conducive to practicing and enhancing one’s conversational skills, as well as learning a specific country’s modern local lingo. And, without a doubt, many language and education experts and polyglots would agree that the only way to sharpen one’s mastery of a language is to use it frequently, and, preferably, with its native speakers. Such a level of immersion is, indeed, critical, and is obviously where most of the value of this app lies. 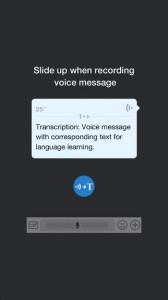 If you like to travel a lot and are planning to visit certain countries for the first time, then you can use this app as a platform to familiarize yourself with the country’s native lingo. This could go a long way, especially if you are traveling alone. Overall, a very useful app that every social network enthusiast should give a try. Who knows? You might even master a language or two with time.

No Responses to “HelloTalk: Learn Over 100 Languages Firsthand from Your Phone or Tablet”