The Buzz Of Apple’s 64GB iPhone

The introduction of Apple’s 64 GB iPhone, makes it appear very suspicious, for the model has not been formally introduced to the world. But the 64GB model has started selling in Sin Tak, which is one of the greatest grey market in Hong Kong. To add to this the sellers of the 64GB iPhone claim that these are engineered models and available but in very limited quantities. If the story is true and the goods sold is real and not hacked, this means that Apple went on to create the 64 GB iPhone 4 that Apple and decided to abandon because of its increased storage capacity. 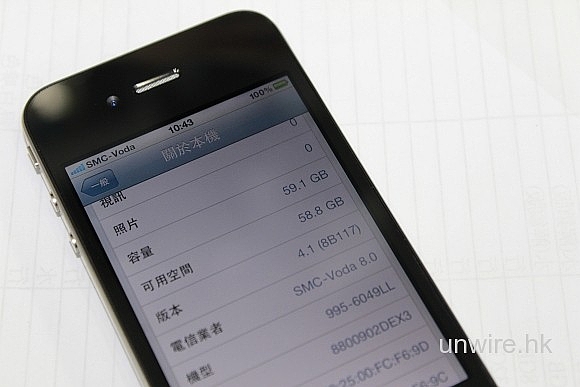 rel=“nofollow>
The images on the back of the device’s could technically be easily faked but the “XX” do help represent the units as potential Apple prototypes. A very clear fact to be noted is at the back of the iPhone and on the screen, where you can see that it is the latest 64GB capacity and the model is 995-6049LL and the details at the back like iPhone XXGB is a clear reminder about the leaked prototype last year, the one Gizmodo bought it. To make suspicions grow even stronger the Model no. as XXXXX, and the FCC ID as BCG-XXXXXX is also seen on the phone. And the phone is not locked too!

No Responses to “The Buzz Of Apple’s 64GB iPhone”