You have seen Steve Jobs many times before the camera as a confident man introducing new products of Apple. But it looks like he was not a polished performer when he was young. 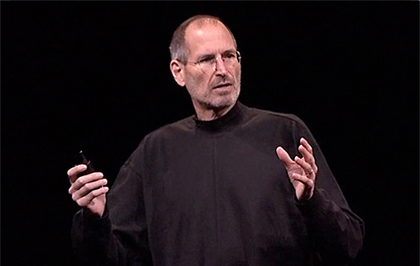 rel=“nofollow>
A video surfaced few hours before, shows 23 year old Jobs as a very nervous young man in what is believed to be his first TV appearance. In this video, you can see, various emotions of young Jobs – struggling with the ear-piece, excitedly shouting, “God look at that! Look at that! I’m on television!” etc.,

You should watch this clip

No Responses to “Steve Job’s First Appearance on TV”