As few hours more to heard about the Mac app store launch, Razorianfly rel=“nofollow>releases a screenshot which shows the Twitter app for Mac app store. It looks Twitter for Mac will be free to download since the official Twitter apps for the iPhone and iPad goes for free of cost. 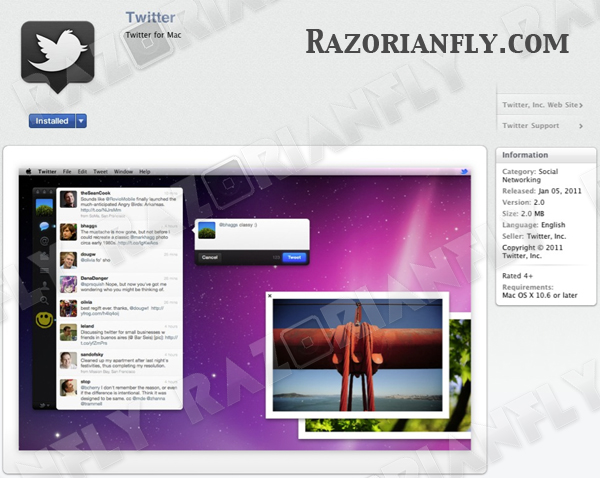 As we said earlier the rumor on Twitter For Mac is no more after the launch of Mac App Store. As we expected Twitter launched their official app for the Mac on the initial day itself. We have downloaded and tested the app and it works pretty great as the Twitter for iPhone does.