Apple revealed their most anticipated iOS 4.3 features in the recently conducted event on iPad2 launch. There were lots of rumors on the iOS 4.3 features before its official announcement and here is what actually it offers. 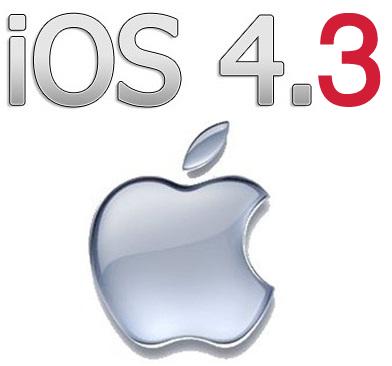 The iOS 4.3 will be available to the iPhone, iPad and iPod Touch users from March 11th as a free update to their existing OS. IOS 4.3 will be launching with features like below,

With the iOS 4.3 he users can experience a faster mobile browsing with the safari. iTunes home sharing feature lets users to share the multimedia anywhere just by a single tap over a local Wi-Fi network. Airplay allows the users sharing of photos, videos and movies between the device and Apple TV. The another feature is to choose the side button of the iPad to either lock the screen rotation or mute the audio. Finally the Personal hotspot feature lets you bring Wi-Fi with you anywhere you go, by allowing you to share an iPhone 4 cellular data connection with up to five devices.

No Responses to “Quicklook – iOS 4.3 Features”