Verizon iPhone sales is not as good as expected. The company is hoping for a better performance with iPhone 5.

Some analysts have estimated that more than one million Verizon iPhone units have been moved. Neither Apple nor Verizon have confirmed this information. But Verizon Wireless chief executive Daniel Mead has told Wall Street Journal that Verizon sold more iPhone 4 during its initial launch than any other phone in the carrier’s history. It is important to note that, when iPhone 4 was launched there was a surprisingly short line of people to buy those phones. Business Insider characterized this as “laughably short”. The obvious reasons is – AT&T provides better features when compared to Verizon. 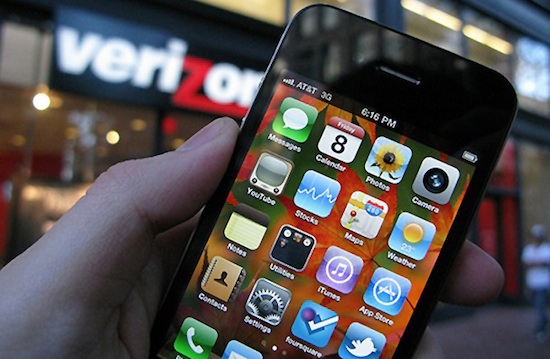 rel=“nofollow>
It is estimated  that 60% of the phones were bought online, which explains the poor sales at the stores. Mead said that Verizon staggered initial sales online and at the stores on purpose to ensure smoother customer experience.  Most analysts estimated that there were 600,000 pre-orders and that would account for 60% of launch sales, thus bringing the total to 1 million. To get a clear idea, compare it with AT&T iPhone 4 launch figures. 1.7 million iPhones 4 were sold in its debut weekend in June 2010.

There are a number of reasons for Verizon’s disappointing performance. Nothing has changed so far with the phone apart from its carrier and it has the same “death grip” that plagued AT&T iPhone 4. Apple temporarily solved it by providing buyers with a free case that time. However, this program has not been extended to Verizon buyers.

Due to the lack of authentic information on the sales figures, it is hard to decide whether Verizon is doing well. With Apple launching its new iPad on 2nd March, the company will reveal more information on Verizon sales.