It is a known fact that iPhone flashlight apps are wonderful investigation tools.  This application has proved to be of use one more time in Japan.  A flashlight app for the iPhones  has been downloaded by a whopping half a million people following the disastrous earthquake and Tsunami in Japan. 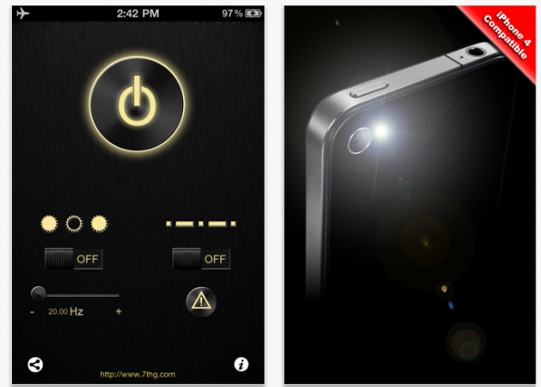 rel=“nofollow>
Flashlight 4 is a free app that turns the flash from the camera into a flashlight and was created by identical twins Chris Mcgarty,co-owner of software company 7th gear and Ryan Mcgarty. There are a lot of flashlight apps available on iTumed. This particular app allows the phone to send out an S-O-S in Morse code using bursts of light. People are fast downloading it since they are concerned about the power cuts and shutdowns.

No Responses to “iPhone’s Flashlight App Helps Japan in Disaster”