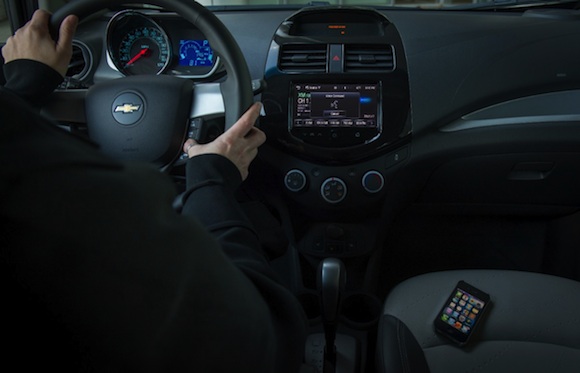 Just as announced last year, Chevrolet was the first automobile company to adopt Siri’s ‘Eyes Free’. Now Chevrolet Spark and Sonic will allow you to do various tasks through Siri using the car’s in-built entertainment system.

These cars are equipped with MyLink, which allows the you to use Siri in the Eyes Free mode.

And you can do the following tasks using it.

Chevrolet doesn’t specify exactly when new Sonic and Spark cars will get ‘Eyes Free’ support, but the company says existing 2013 owners will be able to upgrade their MyLink radios with Siri capability beginning in March.

Japanese automobile giant Honda has also said that its releasing Accord,Acura RDX and ILX with ‘Eyes Free’ later this year. Also some the existing Accord owners will get the beta testing chance ahead of the roll out.

No Responses to “Chevrolet Spark And Sonic Gets Siri ‘Eyes Free’”