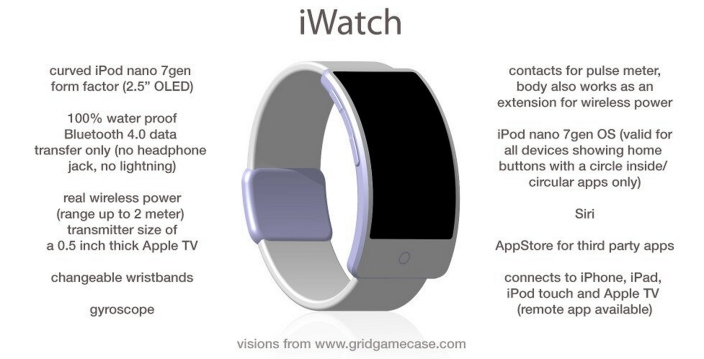 Every now and then there are rumors about Apple’s iWatch. Each week each journal has been focusing on it. Now Bloomberg took its turn, it has posted that at Apple there are 100 product designers working on this watch project and Apple has passed the experimentation level.

“Apple Inc. has a team of about 100 product designers working on a wristwatch-like device that may perform some of the tasks now handled by the iPhone and iPad, two people familiar with the company’s plans said.

The team, which has grown in the past year, includes managers, members of the marketing group, and software and hardware engineers who previously worked on the iPhone and iPad, said the people, who asked not to be named because the plans are private. The team’s size suggests Apple is beyond the experimentation phase in its development, said the people.”

Also Tim Cook is facing pressure from shareholders as the shares have gone down after last September’s high. So Apple is in need of a breakthrough product to reverse the situation. This makes it clear that the situation is pushing Apple to create a successful product.