Apple is getting ready for the opening of its new store at Lincoln Park, Chicago today. The opening event is scheduled at 10:00 AM and this will be the fourth significant store followed by the London, Shanghai and the Paris store. 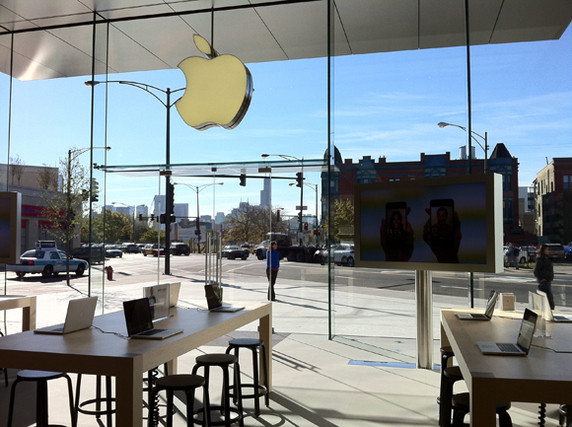 According to the reports from Chicagonow rel=“nofollow>

Apple did more than build a store

“It’s transforming a neighborhood. If you are from Chicago or have been to the CTA’s Red Line station at North and Clybourn, you might remember it as dingy, dark, smelly and old looking. It’s not anymore – not at all. Johnson said a lot went into turning the former gas station site into a neighborhood destination. Apple and the CTA struck a groundbreaking deal valued at about $3.9 million that gives the iPod maker the option of naming rights for the station if the CTA decides to sell those rights.”

After hearing the news, even we are excited to watch the grand opening of the new store. So when the clock hits at 10, we hope to bring more updates, stay tuned

In the meantime, have a look at this short walk through inside the Lincoln Park store

No Responses to “Apple’s New Store Opens In Chicago Today”