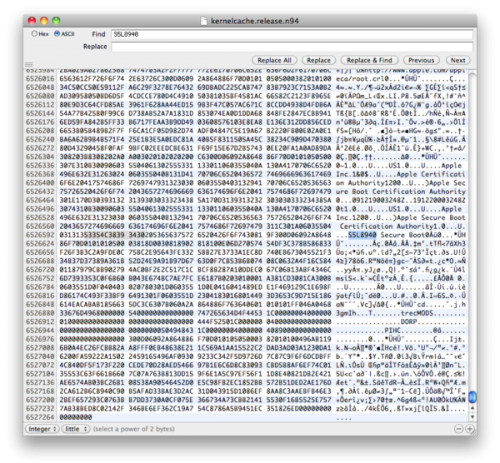 iOS developer Filippo Bigarella posted to Twitter along with a screenshot of his findings  with the declaration , “Here’s the proof, iPhone 5 will run on the S5L8940 (A5 dual core processor) too!”According to a report, the A5 chip is referred to as S5L8940 in the iOS 4.3 code and, as expected, is also listed as the processor for the Wi-Fi, GSM and CDMA versions of the iPad 2.

Apple released its iOS 4.3 on Wednesday, ahead of Friday’s iPad 2 launch and two days earlier than originally expected. This software update improves JavaScript performance in the mobile Safari web browser, features third-party support for AirPlay wireless streaming and adds the Personal Hotspot feature first introduced on the Verizon CDMA iPhone 4 in February. The Cupertino, Calif., iPad maker revealed its new A5 processor last week when it unveiled the faster, thinner and lighter iPad 2. A recent rumor suggested that Apple is counting on Taiwan Semiconductor Manufacturing Co. to produce the A5 chip, rather than staying with Samsung, its original partner for the A4 processor.

No Responses to “Apple’s iOS 4.3 Has Evidence For A5 Chip of iPhone 5”