Apple stated the Blaze’s study on the performance of browsers to be “flawed”.

Yesterday Blaze released its study report rel=“nofollow> comparing the performance of browsers in iPhone and Android. Blaze concluded the study by saying, Android running Nexus S browsed Internet 52% faster than iPhone. Blaze had said that it ran 45,000 field tests and found Android devices a second faster than the iPhone. 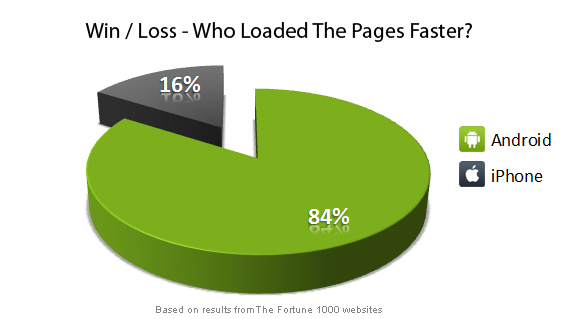 But Apple has come up with a strong objections to these findings. Apple’s spokeswoman Trudy Muller said that the test was, “flawed because they didn’t actually test the Safari browser on the iPhone. Despite this fundamental testing flaw, they still only found an average of a second difference in loading Web pages.”

Meanwhile, for asynchronous loading of web page elements to improve efficiency and caching relies on HTML 5, the Safari of iOS 4.3 has a new Nitro engine to run JavaScript based programs.

No Responses to “Apple Slams Blaze Study on Browsers”