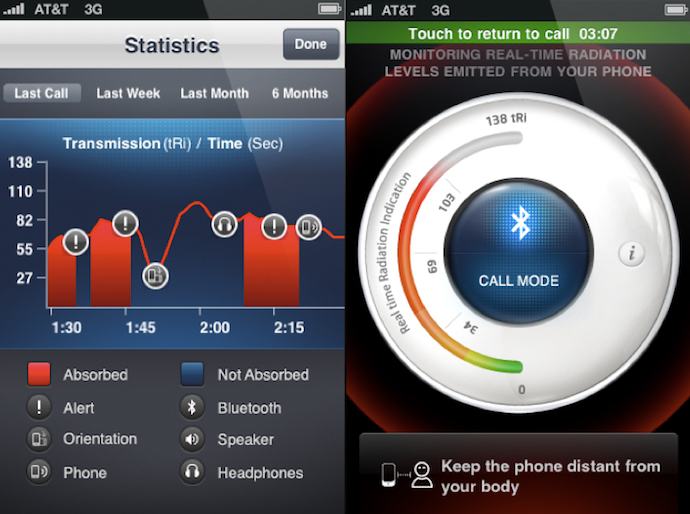 Every mobile phone in the market produces a certain amount of radiation. iPhone is no exception to this fact. But many of us are concerned about the level of radiation that we are being exposed to. Now we have a way to find out. A company named Tawkon developed an application to gauge the radiation coming through an iPhone. This application was very much applauded and appreciated by Apple’s executives for its pleasing design and use of non –private API’s. Senior Apple Execs discussed about the overall functionality and technical solutions to overcome API restrictions. Everything went well for Tawkon except for one major issue- The application was rejected! This is not the first time that an application praised by Apple is being rejected. This has happened with Google voice before.

Tawkon e-mailed Apple’s CEO Steve Jobs asking for a reason. The answer was a simple “No Interest”. But for those who are interested in getting this application, it is available on Cydia via an iOS jailbreak.

No Responses to “Apple Says No To iPhone Radiation Measurement App”