Recent days it has been a tough time for Apple in the global smartphone market with decreasing level of it’s shares by standing behind the queue and this is when comparing with other smartphone developers including RIM. But now thats no longer. A study from Strategy Analytics rel=“nofollow> says Apple sells its products more than in numbers compared to RIM in the third quarter of 2010. 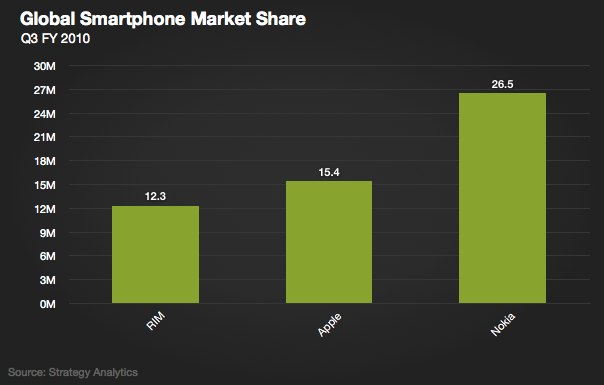 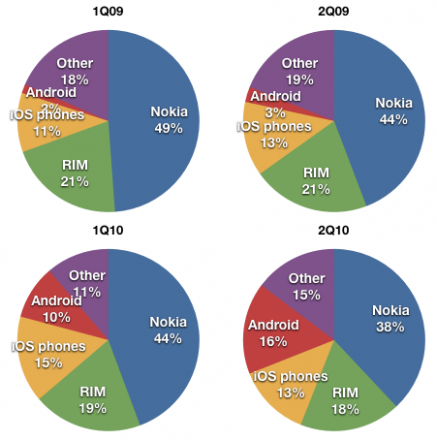 Previous market share analysis shows there is rapid decrease of Nokia and increase of Android while Apple and RIM maintains an up and down strategy where Apple has managed to came up into the 2nd spot in the Q3 of 2010.