Android for iPhone 3G is finally made available from the same developer who released an iPhone 2G version. The Android porting on iPhone works similar to a normal Android Phone, but its recommended not to be fit for daily usage. The phone can last only for an hour, if you are using Android. So, its worth only to show off your neighbor that your iPhone has Android running on it. 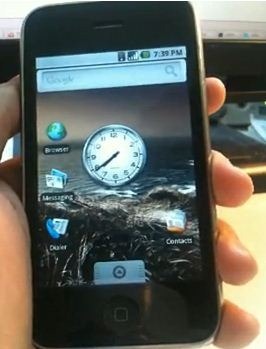 8 Responses to “Android For iPhone 3G, Available For Download”